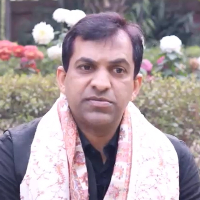 What is Playing Sitar / What is a Career in Playing Sitar: Sitar is a plucked stringed instrument predominantly used in Hindustani classical music where it has been ubiquitous since the middle ages. It derives its resonance from sympathetic strings a long hollow neck and a gourd resonating chamber, used throughout the indian subcontinent the sitar became known in the western world in the late 1950s and early 1960s.

Playing Sitar Course / How I got into Playing Sitar: "I started playing Sitar at the age of 12 and was trained by Sitar Maestro Padmabhushan Pt. Debu Chaudhuri. I have been performing at various National and International events since last 20 years."