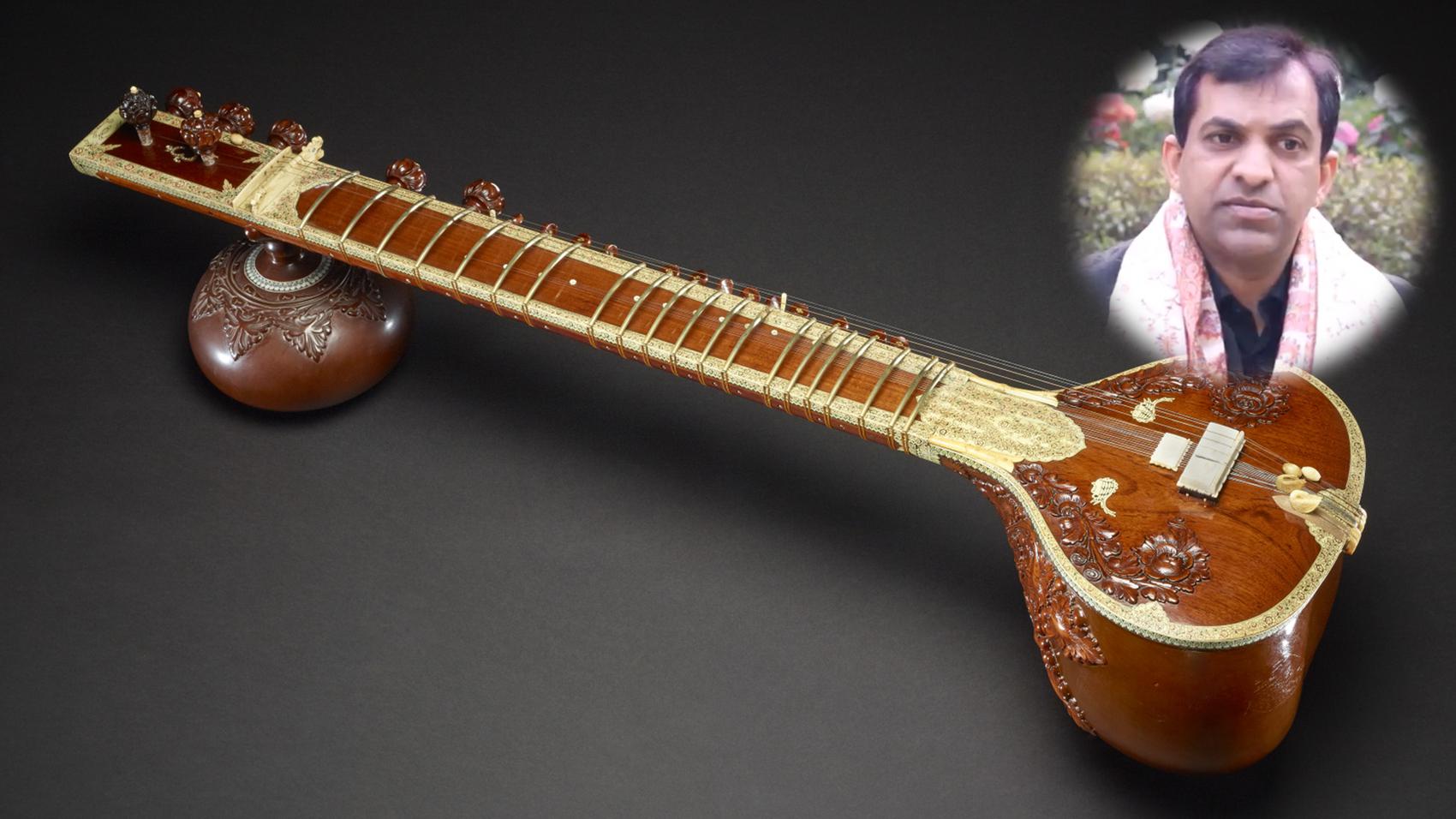 What is Playing Sitar?

Sitar is a plucked stringed instrument predominantly used in Hindustani classical music where it has been ubiquitous since the middle ages. It derives its resonance from sympathetic strings a long hollow neck and a gourd resonating chamber, used throughout the indian subcontinent the sitar became known in the western world in the late 1950s and early 1960s.


How Sitar Maestro Dr Sudeep Rai got into Playing Sitar?

I started playing Sitar at the age of 12 and was trained by Sitar Maestro Padmabhushan Pt. Debu Chaudhuri. I have been performing at various National and International events since last 20 years. 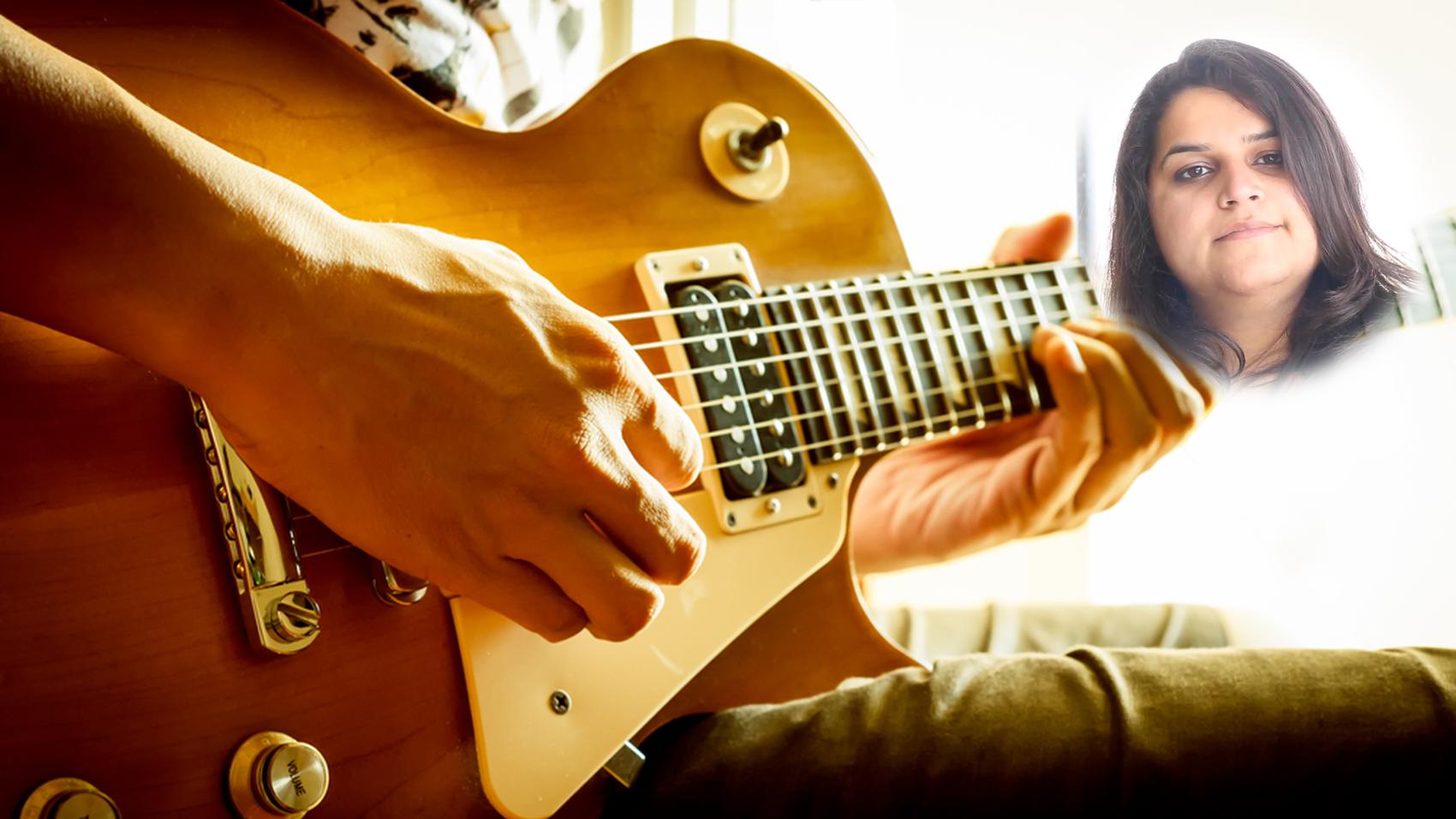 The guitar is a musical instrument classified as a fretted string instrument with anywhere from four to 18 strings, usually having six. The sound is projected either acoustically, using a hollow wooden or plastic and wood box (for an acoustic guitar), or through electrical amplifier and a speaker (for an electric guitar). It is typically played by strumming or plucking the strings with the fingers, thumb or fingernails of the right hand or with a pick while fretting (or pressing against the frets) the strings with the fingers of the left hand.

"I started playing Guitar when I was in class 10th and I am mostly self taught. I have played at various shows and festivals in Dehradun as well as outside, to name a few like Big Binge Festival, Dehradun and the Rajpur Nature Festival. I am also a singer and song writer." 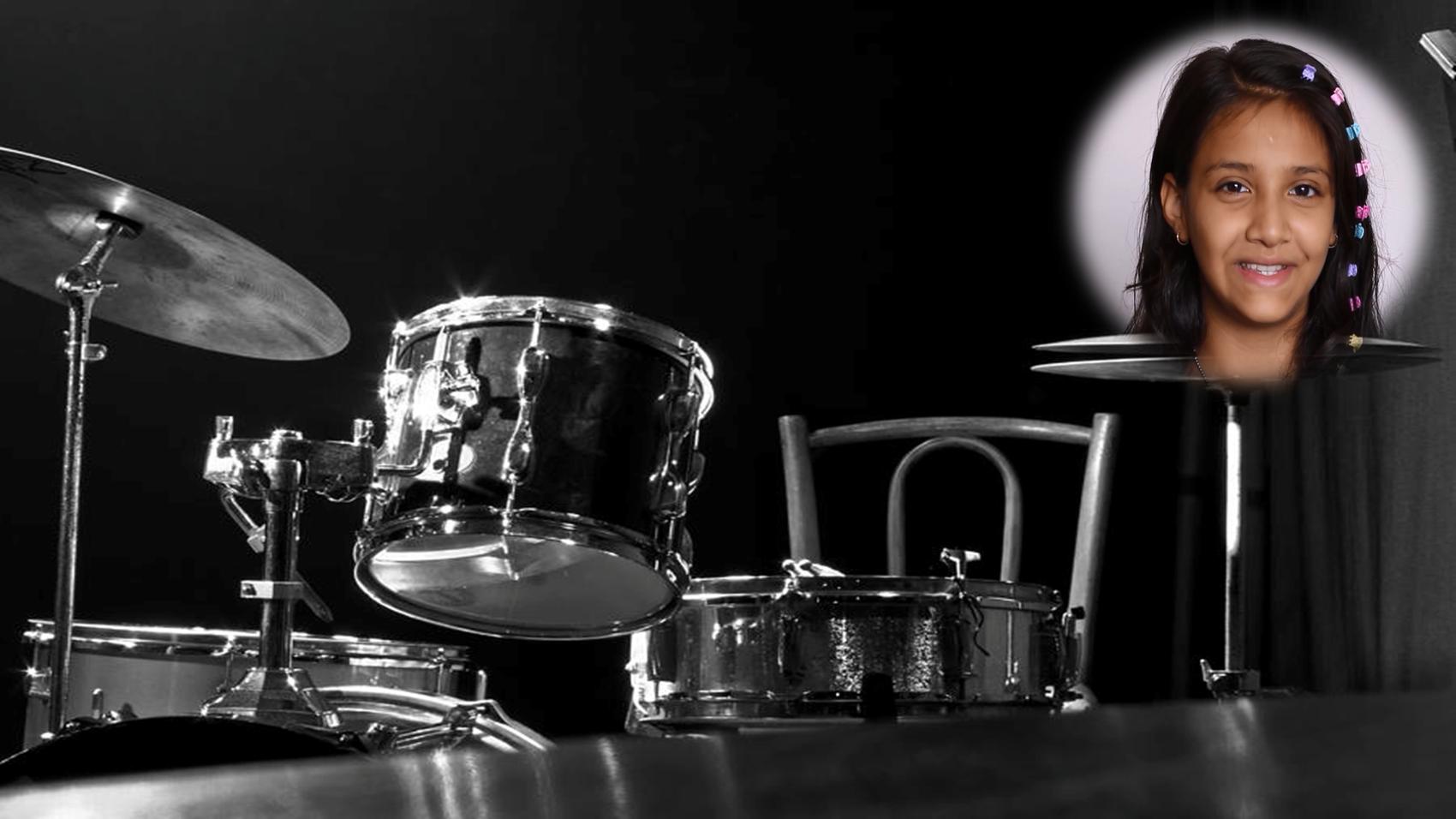 Drums are the musical instruments which give beats to a song. The playing of these drums is known as drumming.

"I am 12 years old and a student of Class 8 at Pine Hall School, Dehradun. I am also a student at the Saptak Institute of Performing Arts, Dehradun where I learn dancing, vocal singing and drumming. I have been the drummer for Womania Band since six months." 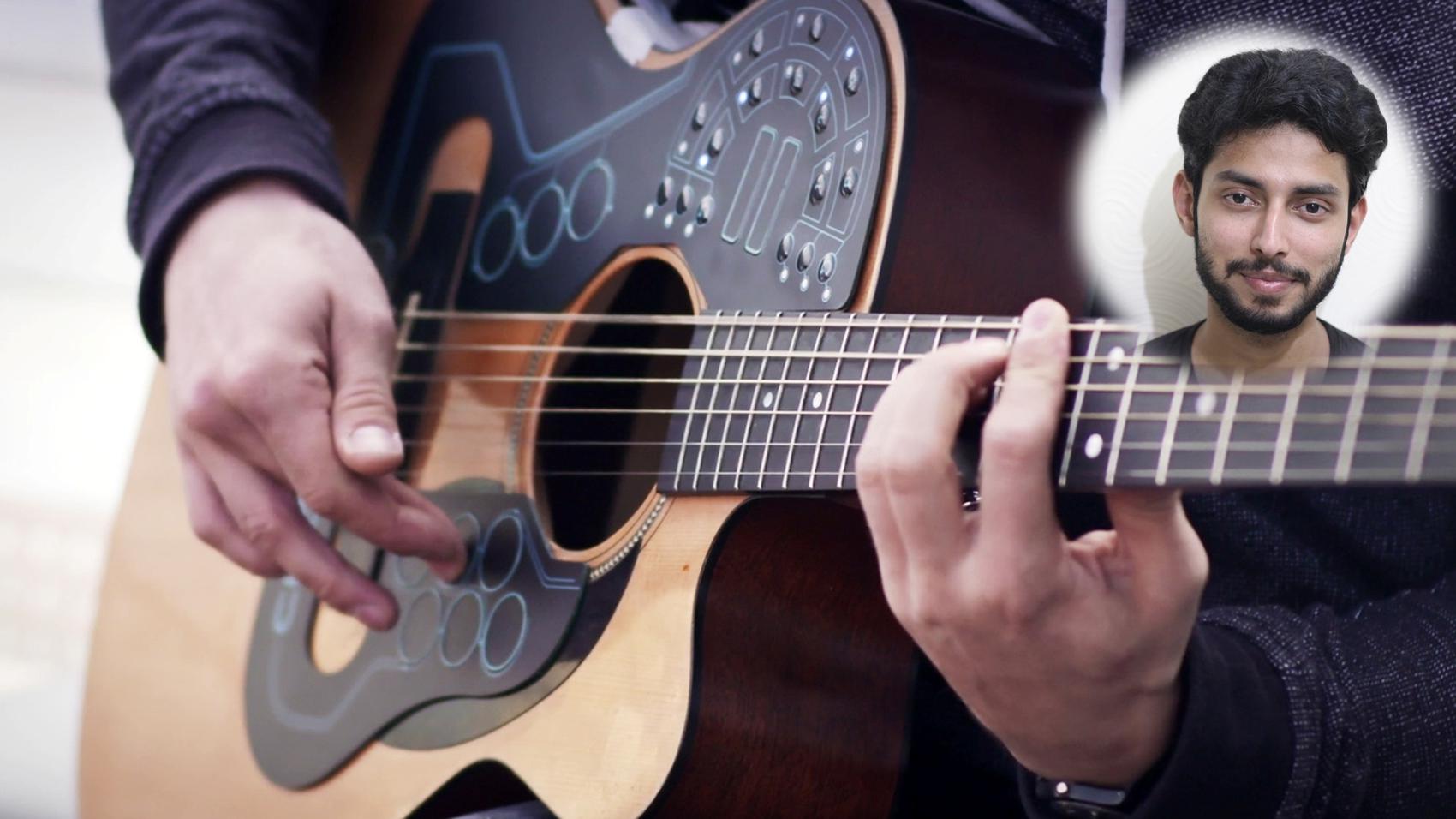 An Acpad player is a person who can program different beats on acpad and play those while performing on guitar.

"After doing my schooling from Scholars Home, I did my graduation from Graphic Era Hill University, Dehradun. After that did a course in EDM Production from Beat Factory, Andheri and have been a Musician ever since. I am the only Asian Acpad Player on Youtube with 71000+ subscribers." 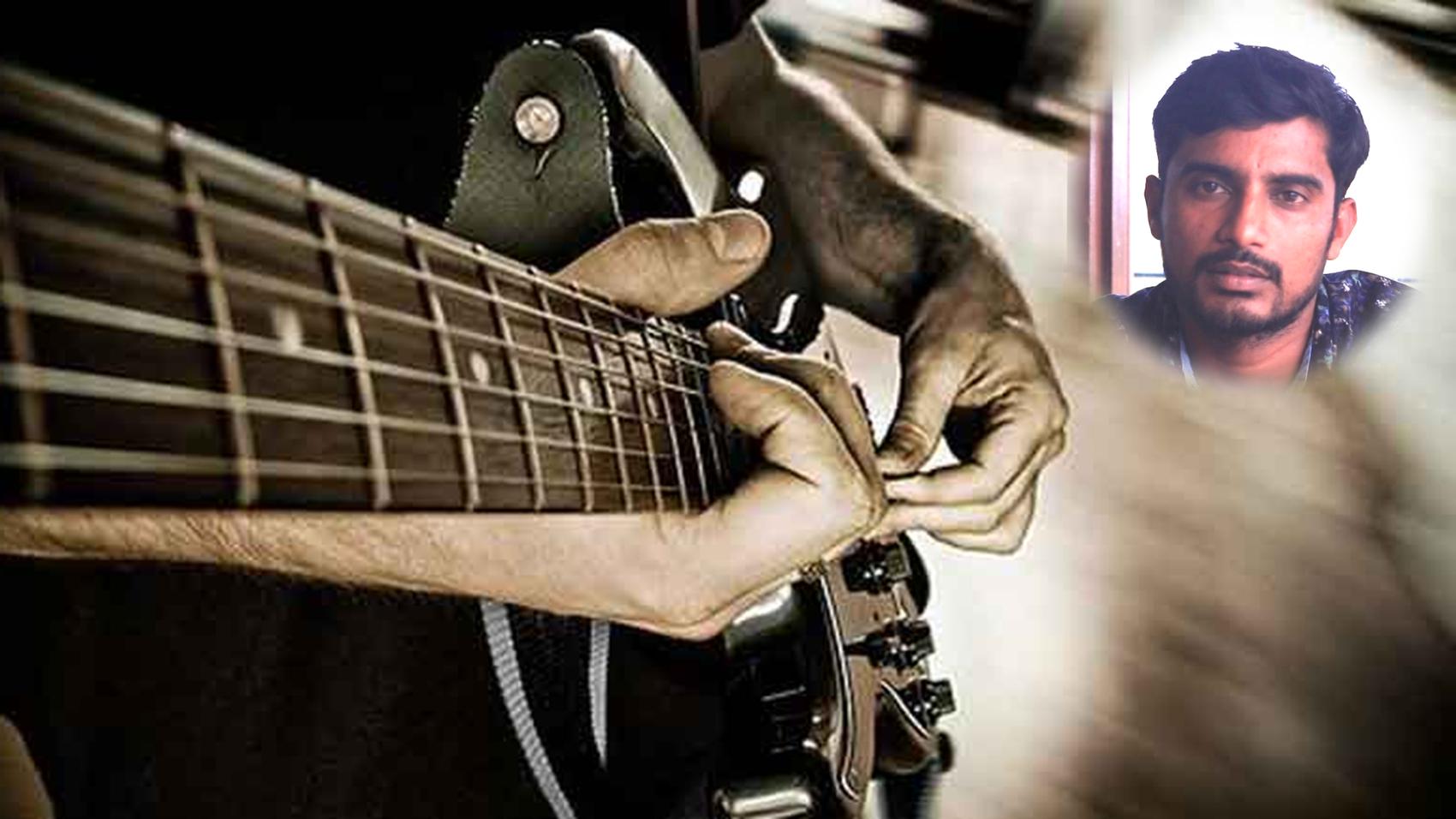 A guitarist or a guitar player is a person who plays the guitar. Guitarists may play a variety of guitar family instruments such as classical guitars, acoustic guitars, electric guitars and bass guitars.

"After doing my B Com & M Com from DAV College, I did Hotel Management from AIHM, PTU. I have been awarded the Best Guitarist Award in 2014. I also participated in a few reality shows on MTV and an International Gig in Bangkok. I am a Music Teacher at Hope Town and a guitarist with bands like Corsair, Indus Fleet and Kartavya." 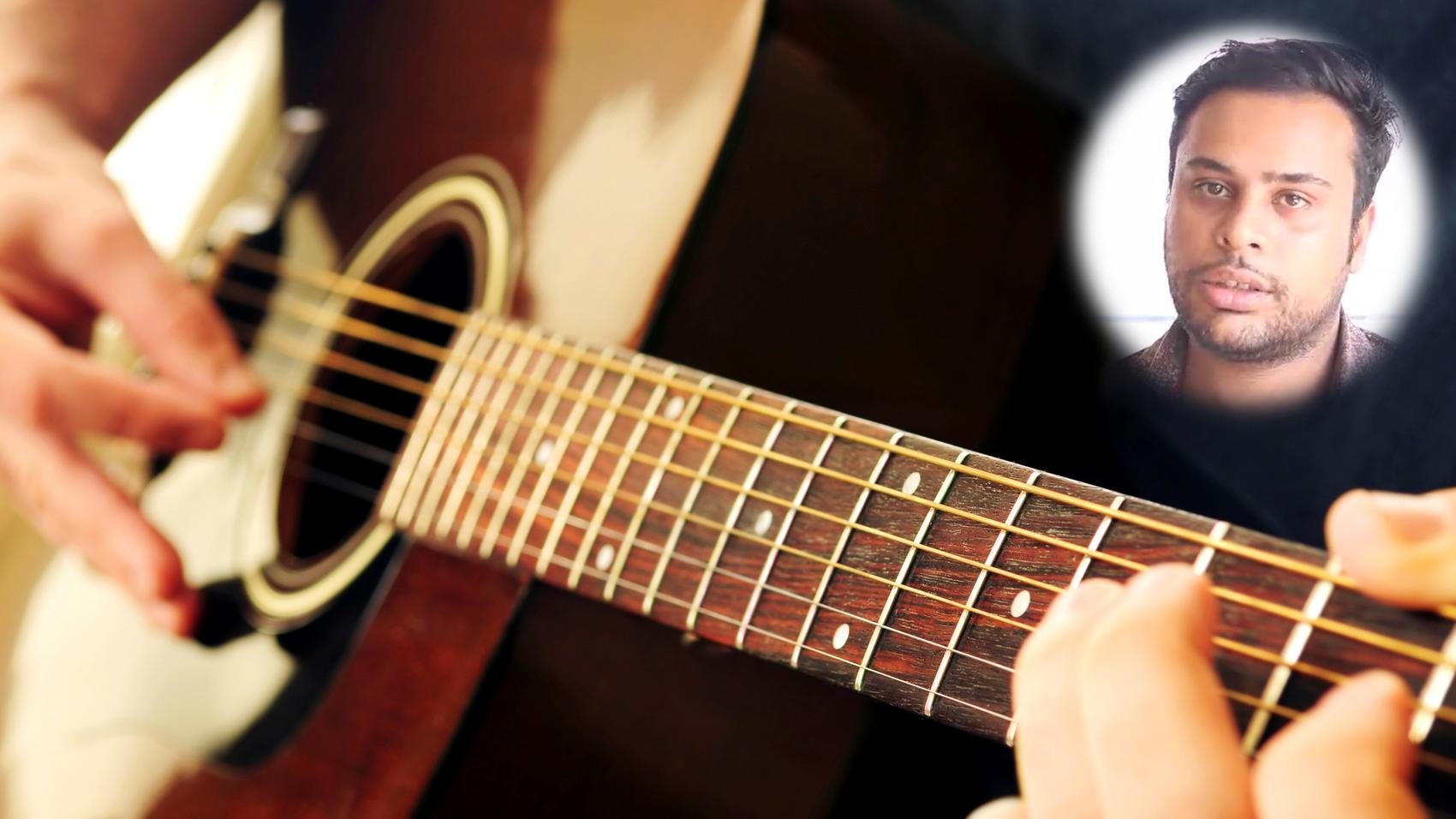 A guitarist is a person who plays the guitar. Guitarists may play a variety of guitar family instruments such as classical guitars, acoustic guitars, electric guitars, and bass guitars.

"After completing my schooling from St Josephs Academy I went to LA to learn Contemporary Music. I am also learning Indian Classical Music. I have worked on various assignments including composing music for Discovery Channel." 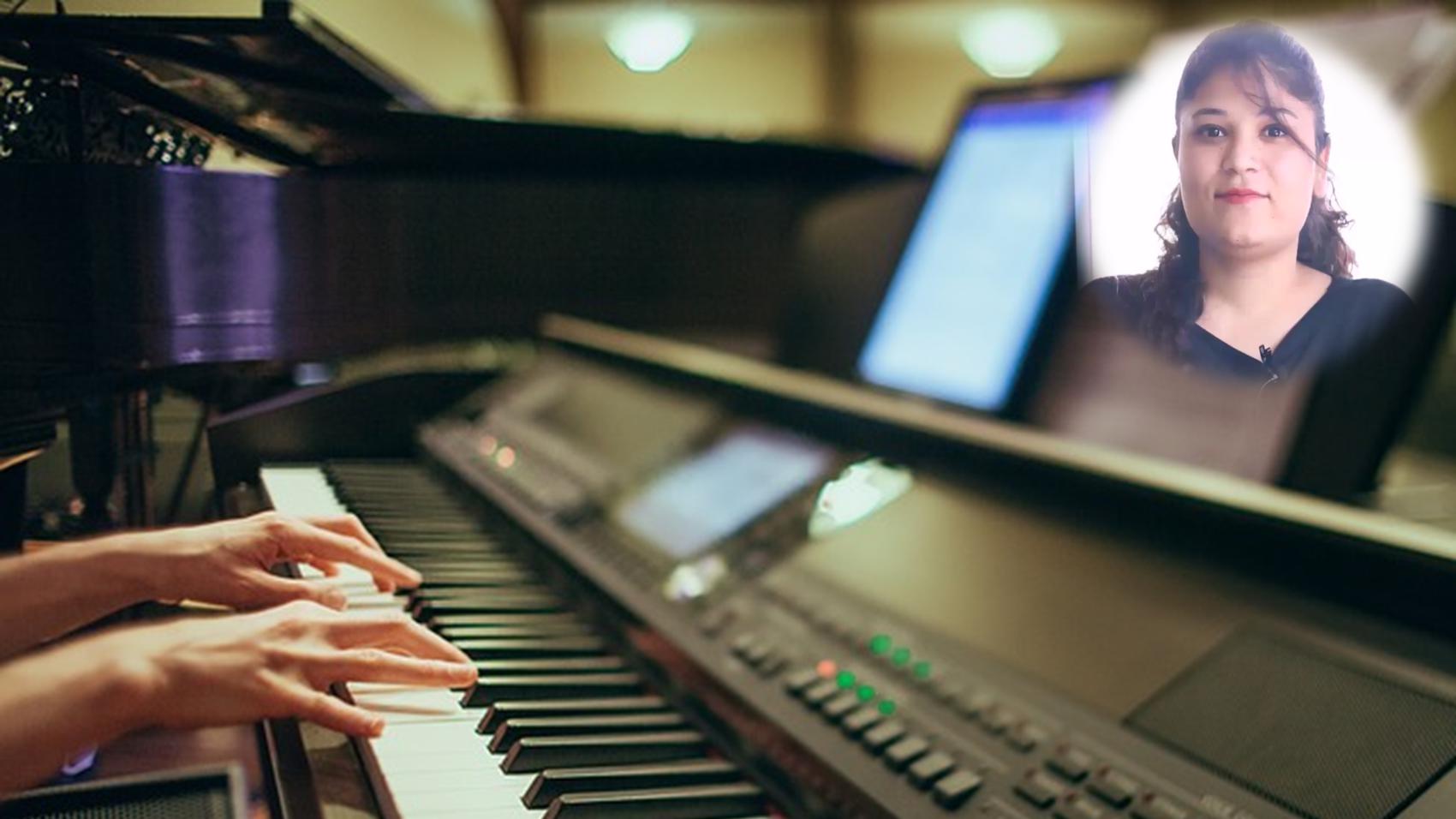 A keyboard instrument is any musical instrument played using a musical keyboard. The most common of these is the piano. Keyboard are widely used in almost all genres of music.

"I have worked with Axis bank but later on, I left my job to pursue my passion and started learning Keyboard and I have been associated with Womania Band as a Keyboard Player since 2015." 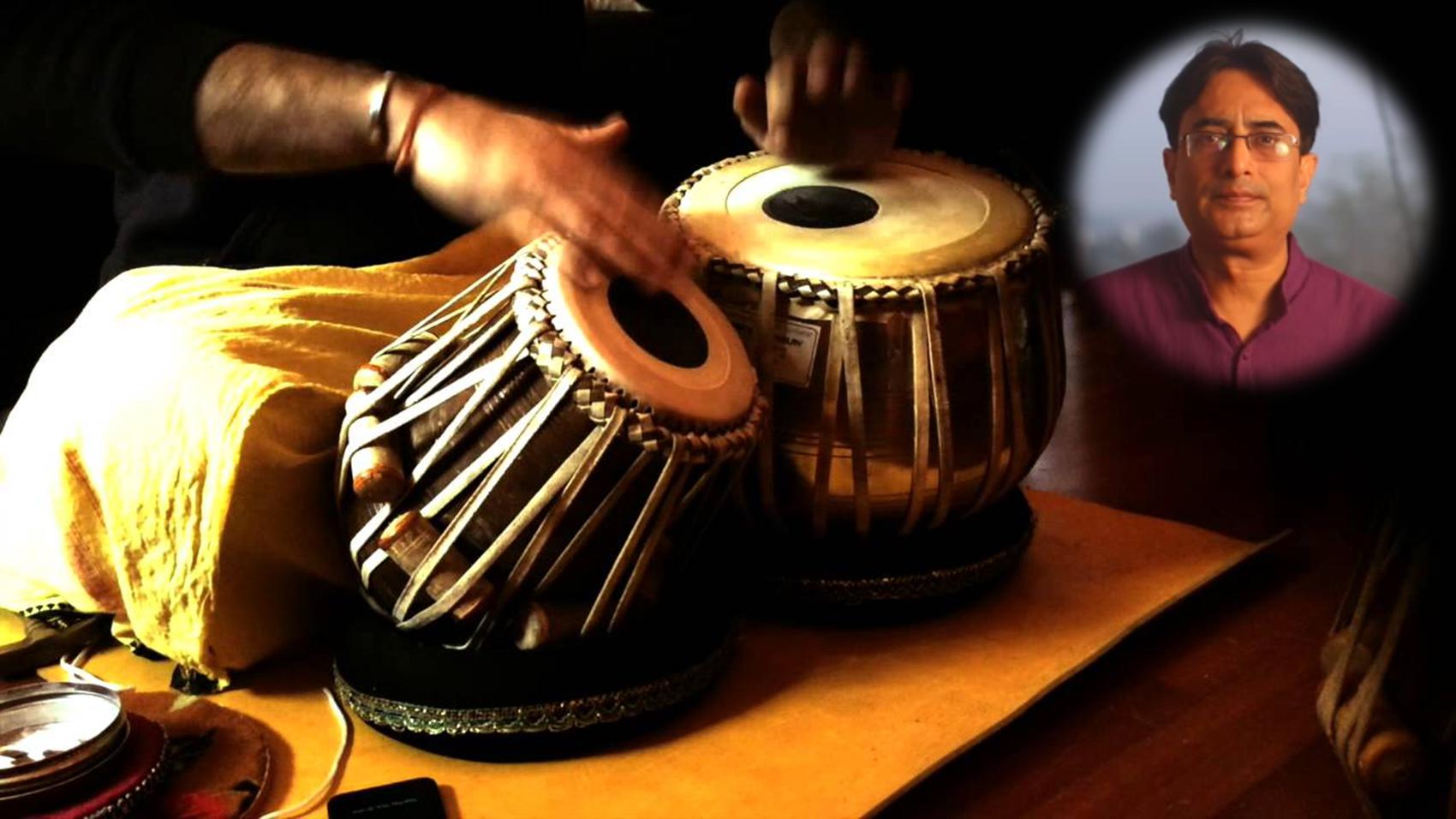 Tabla is a South Asian membranophone percussion instrument, consisting of a pair of drums, used in traditional, classical, popular and folk music. It has been an important instrument in Hindustani classical music. 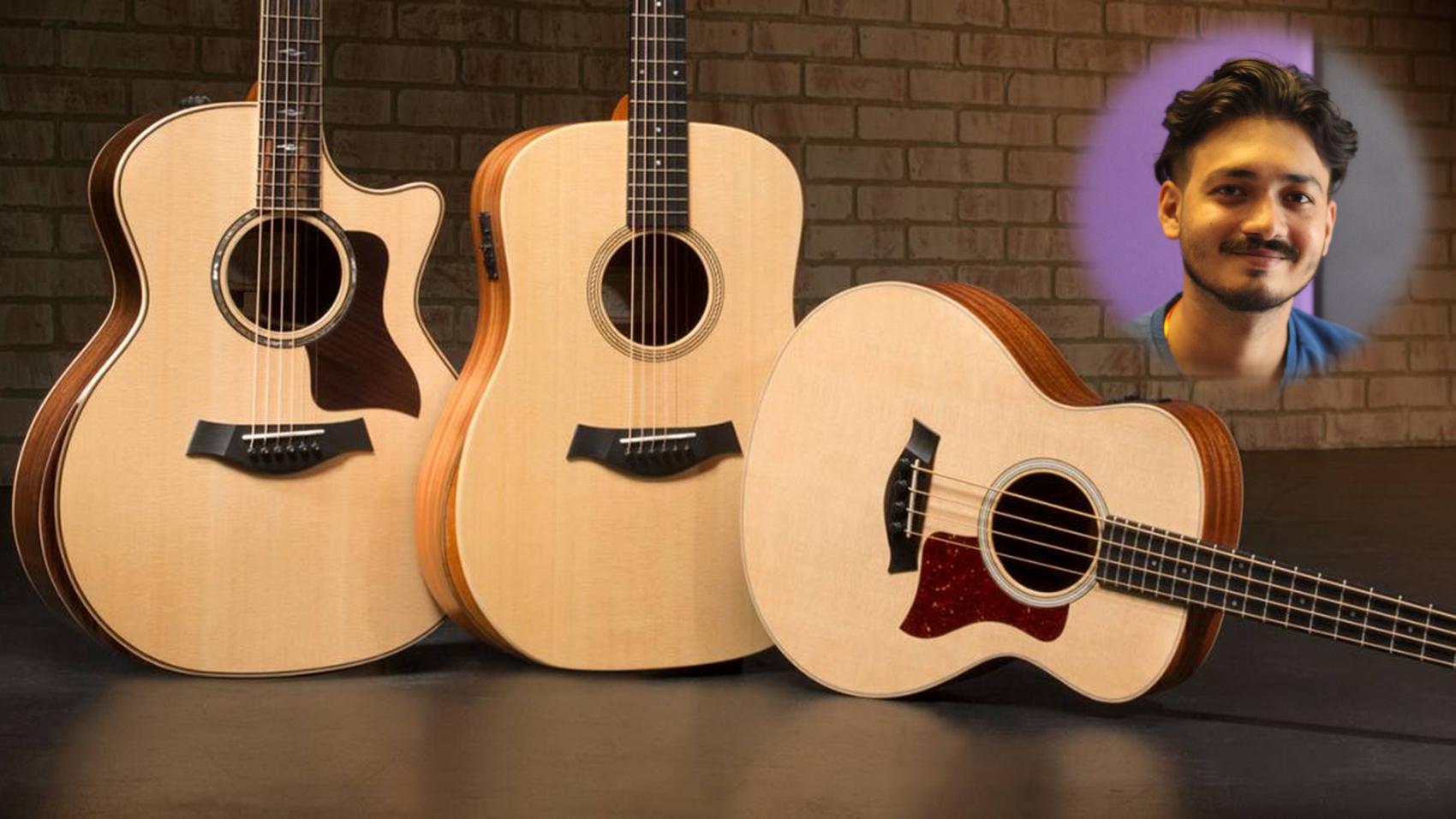 A guitarist is a person who plays the guitar on variety of guitar family instruments such as classical guitars, acoustic guitars, electric guitars, and bass guitars

"After doing my schooling from City Montessori Lucknow, I did Bachelor of Commerce from Lucknow University and then did a course in Audio and Music Theory Production from Kuala Lumpur. I have worked in various creative assignments including a few celebrities like Shankar Ehsaan Loy, Farhan Akhtar and Grammy award winner Dave Mustaine." 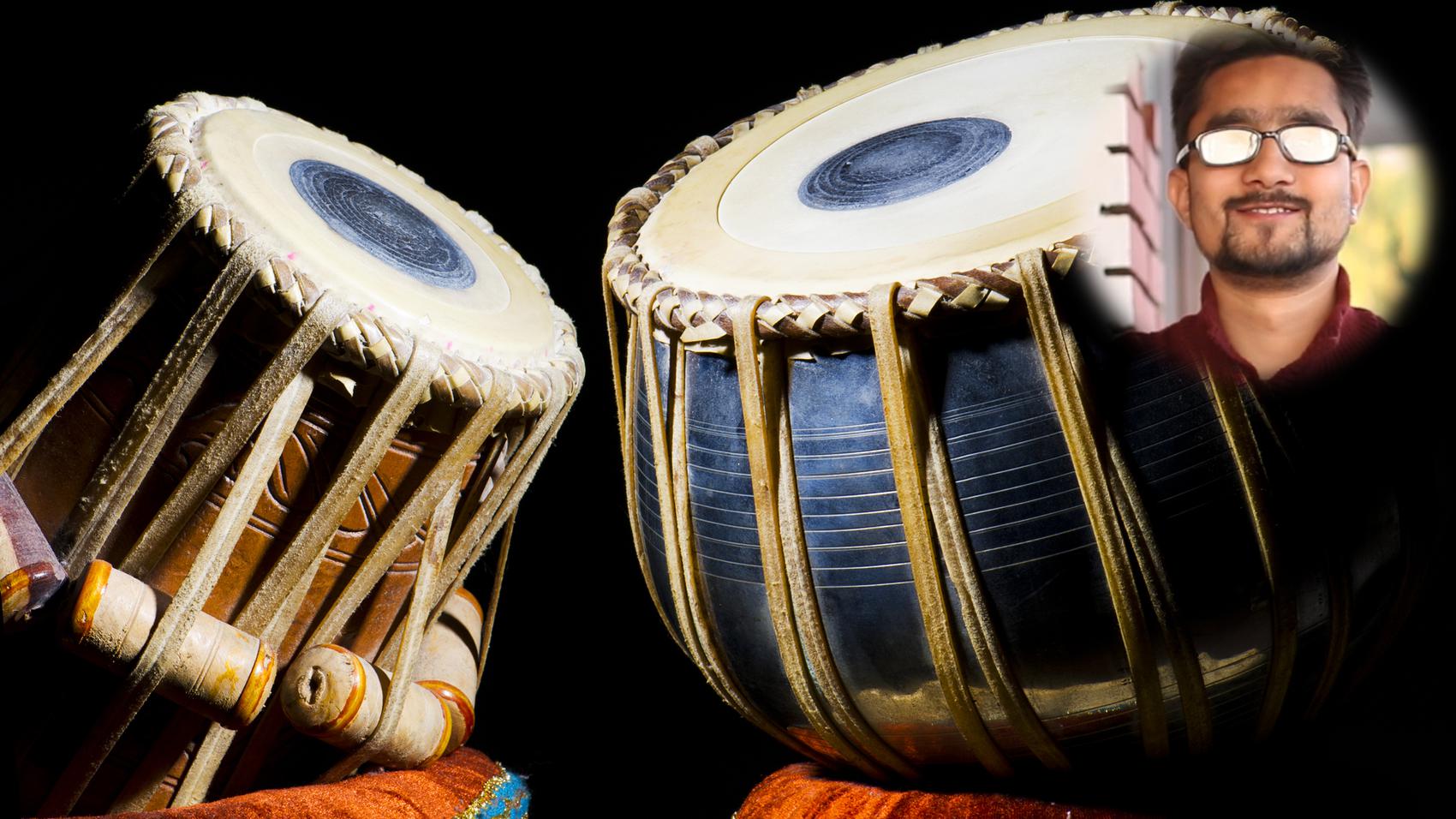 Tabla is an Indian classical instrument. Tabla is relatively similar to drum and it’s a most common accompanying instrument which you can play as solo, accompanying with dance, instruments and vocal. 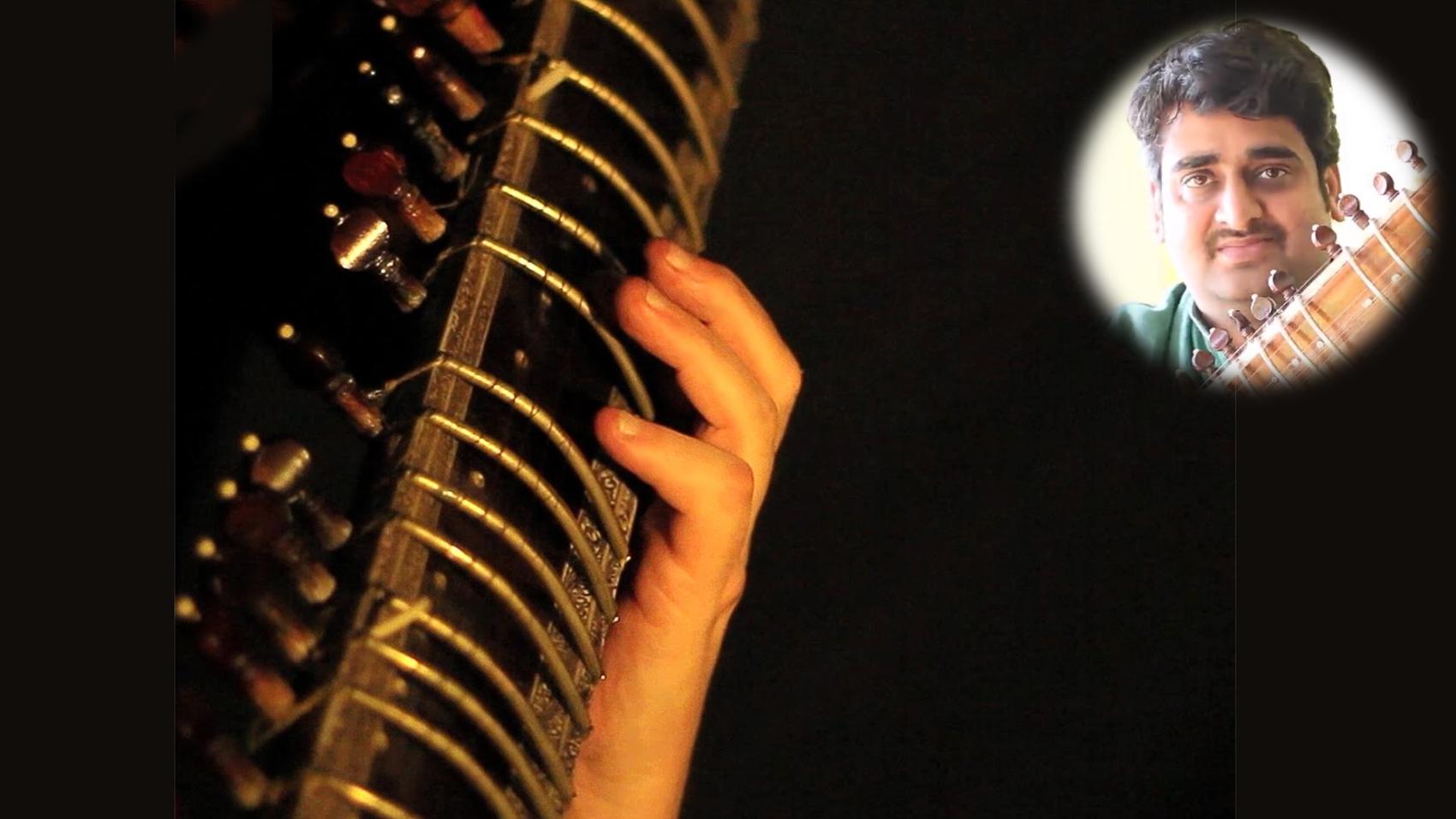 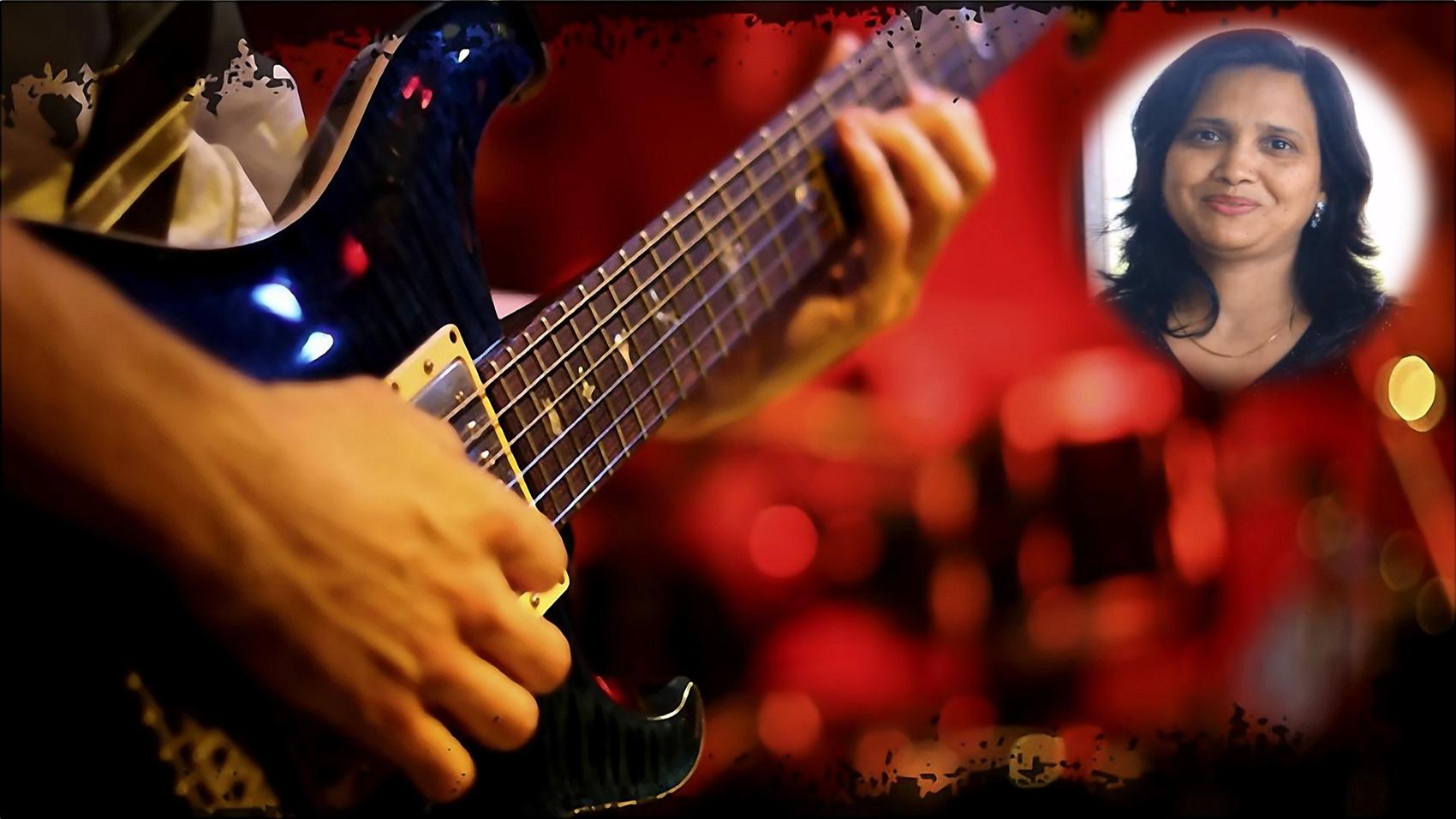 Generally 3 types of guitar are played in a particular band, lead guitar, rhythm guitar and base guitar. The bass guitar (also known as electric bass, or bass) is a stringed instrument played primarily with the fingers or thumb, by plucking, slapping, popping, strumming, tapping, thumping, or picking with a plectrum, often known as a pick. A bass guitarist plays guitar with the beats of the drum.

"After completing my education, I did NTT and then started my career as a teacher. But after few years I realised that I am more interested in music so I started learning Bass Guitar and joined Womenia Band in 2016." 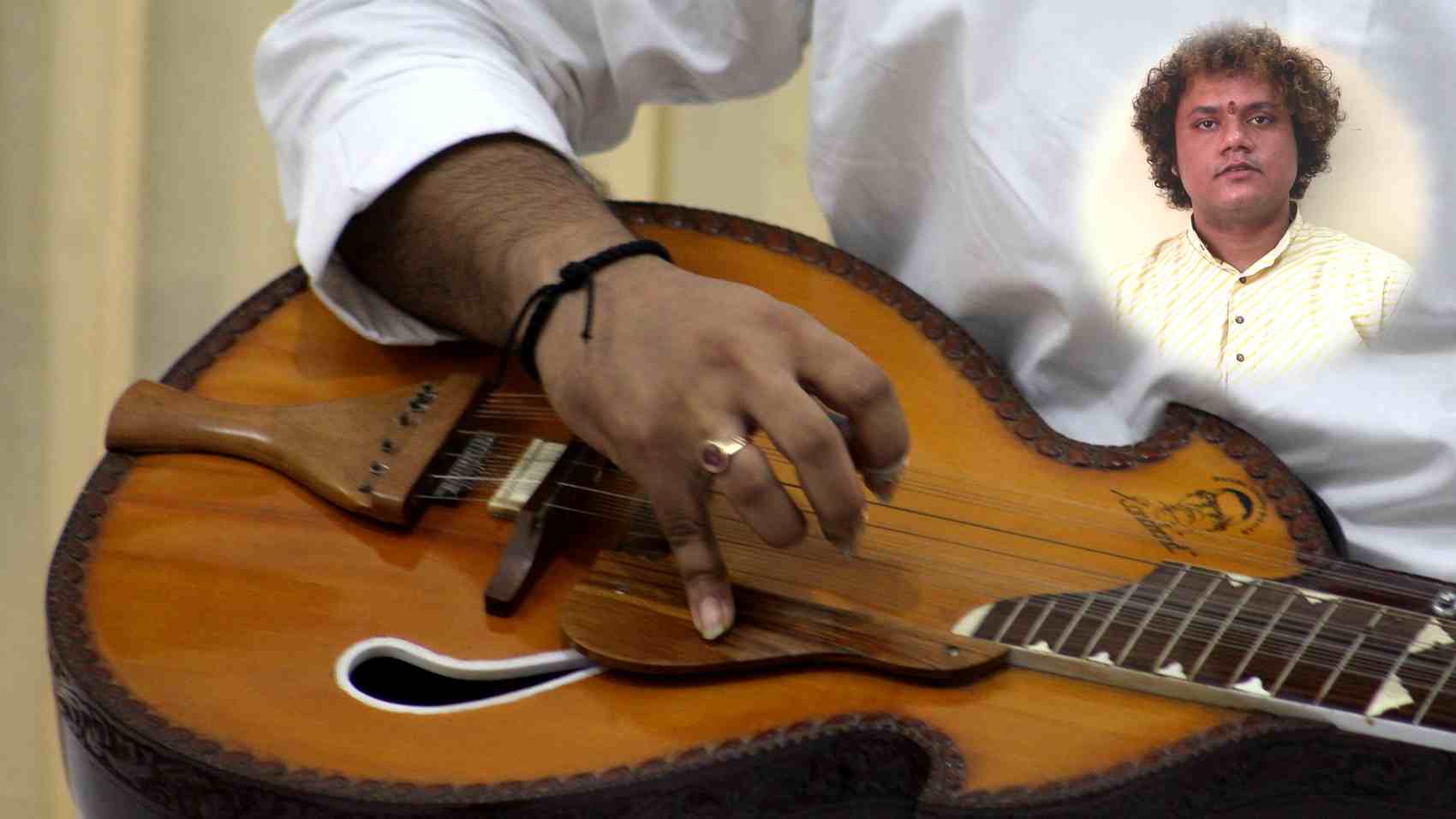 The veena, comprises a family of chordophone instruments of the Indian subcontinent. Ancient musical instruments evolved into many variations, such as lutes, zithers and arched harps. The many regional designs have different names such as the Rudra veena, the Saraswati veena, the Vichitra veena and others. Siddha Veena is a stringed musical instrument its sound resembles that of Vichitra Veena, Sitar and Sarod, though with its own special character.It is a highly modified Slide Guita and the instrument is made of teak wood which is joint less. It has 21 strings 4 melody, 3 drone, 2 chikaris and 12 tarab (sympathetic strings).

"After doing my schooling from BTIC Varanasi, I did BA in English Literature from Harishchandra PG College. My musical Journey started at the age 3, I m fourth generation musician in my family. My first teacher was my mother Vidhushi Jaya Banerjee, later I was trained by Dr. Shivnath Bhatacharya and Narendra Chakravarty. My first stage performance was at the age of 11, since then I have performed various shows worldwide. In 2018, I got Doctorate in Music (Sidha Veena)." 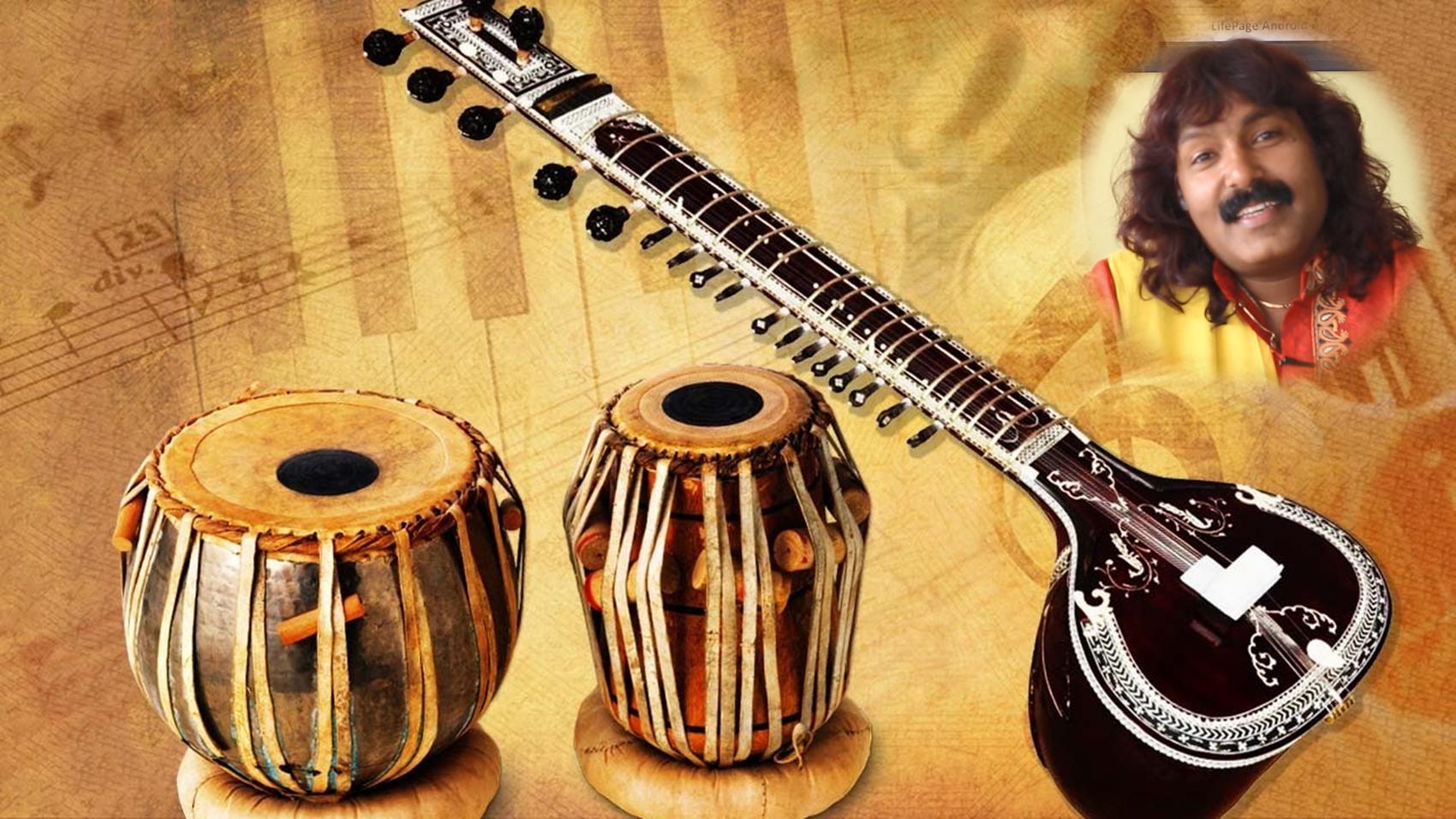 The sitar is a plucked stringed instrument used in Hindustani classical music. The instrument is believed to have been derived from the veena. It became popular through the works of Pandit Ravi Shankar.

"I have been playing Sitar since the age of 10. Currently, I am a Sitar teacher at the Mussoorie International School since 2007. My name is instituted in the Guinness Book of World Records for playing sitar non-stop for 60 hours. I am a recipient of numerous awards and have performed live at many music festivals and events."